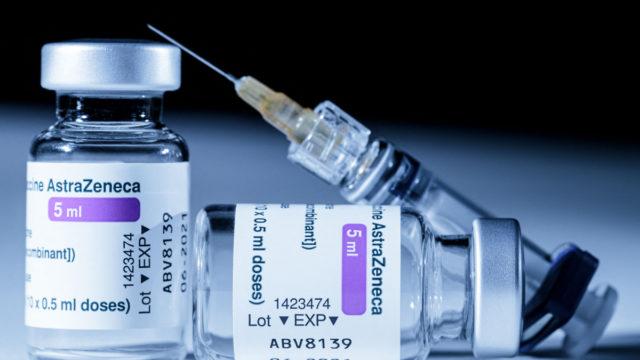 Under-30s in the UK will be offered an alternative to the AstraZeneca vaccine after the European Medicines Agency has found possible links between the jab and very rare cases of blood clotting.

Of the more than 20 million people in Britain who have had their first dose, 51 women and 21 men aged 18 to 79 have had blood clots, the Medicines and Healthcare products Regulatory Agency revealed. Of those patients, 19 have died.

The findings have led Belgium to impose a four-week ban on administering the AstraZeneca vaccine to all people under 56. It announced the ban on Thursday morning (Australian time).

“We will keep it this way for the next four weeks and reassess it then,” Belgian Health Minister Frank Vandenbroucke said.

In Germany, Christian Bogdan, a member of the country’s vaccine committee, said instances of a very rare clotting condition in women aged under 60 who received AstraZeneca’s vaccine were 20 times higher than would normally be expected.

He did not specify how many cases of blood clots with low blood platelet counts would be expected in a normal population but said their higher prevalence in one population group over a defined timeframe represented a “very clear risk signal”.

More than a dozen countries have at one time suspended use of the vaccine, which has been given to tens of millions across Europe.

But most have resumed and some – including France, the Netherlands and Germany – have set a minimum age.

Britain’s medicines regulator said fourteen of the 19 deaths involved cerebral venous sinus thrombosis (CVST), which is a type of clot that prevents blood from draining from the brain.

Three people who died had been under the age of 30.

Emer Cooke, executive director of the European Medicines Agency, announced on Thursday morning (Australian time) that unusual blood clotting with low blood platelets will be added as a “very rare” side effect to the AstraZeneca vaccine’s product information.

Ms Cooke said it is not yet known what is causing the blood clots, but revealed one plausible explanation.

She said the vaccine causes an adverse reaction similar to heparin-induced thrombocytopenia, which is sometimes seen in patients who receive a medication called heparin.

“This case clearly demonstrates one of the challenges posed with large-scale vaccination campaigns,” Ms Cooke said.

“When millions of people receive these vaccines, very rare events can occur that were not identified in the clinical trials.”

The EMA maintains the benefits of the shot outweigh the risks but warned “you should still be aware of symptoms so you can get prompt medical treatment to help recovery and avoid complications”.

It flagged the chance of having a blood clot is “very low”.

By early April, the EMA had received reports of 169 cases of the rare brain blood clot after 34 million doses had been administered across 27 EU countries plus Iceland, Norway and Liechtenstein.

EMA officials said most of the cases occurred in women under 60 within two weeks of being vaccinated.

Dr Wei Shen Lim, COVID-19 chair for UK’s advisory Joint Committee on Vaccines and Immunisation, said the decision to offer an alternative was “really out of the utmost caution, rather than because we have any serious safety concerns”.

AstraZeneca’s shot is by far the cheapest and most high-volume launched so far and has none of the extreme refrigeration requirements of some other COVID-19 vaccines.

After extensive use in the UK and mainland Europe, it is set to be the mainstay of vaccination programs in much of the developing world.

The post UK to offer under-30s AstraZeneca alternative as EMA rules on blood clots appeared first on The New Daily.