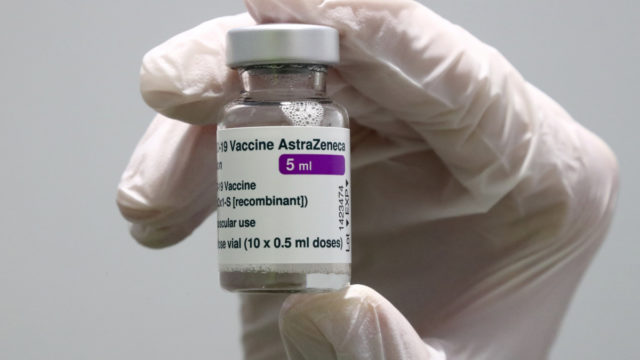 Australia’s drug regulators are holding urgent meetings after European authorities confirmed a link between the AstraZeneca vaccine and blood clots.

The meetings come as authorities continue to emphasis the vaccine’s benefits outweight the risks.

While Chief Medical Officer Paul Kelly insists the vaccine is “extremely effective” and in most cases, “very safe” despite blood clot concerns, he said regulators would conduct a review on the findings from Europe.

The United Kingdom will offer people aged under 30 an alternative vaccine due to the blood clot risk.

The European Medicines Agency has not made a specific recommendation, but found women and people under 60 were at a higher risk of developing the rare side effect.

The advice could pose a significant threat to Australia’s vaccine strategy, given most Australians are set to receive the AstraZeneca jab.

“The recommendations will be brought to the table today and look at the Australian context,” Dr Kelly said on Thursday.

“The AstraZeneca vaccine is effective and very safe for most people. There is this extremely rare event which appears to be associated with that particular vaccine in some people – four per million.

“The benefit is that the vaccines are very effective at preventing COVID illness and can be severe and lead to deaths, particularly in older people.”

Dr Kelly was at pains to stress the issue is “an extremely rare event.”

“We are talking about four in a million, around that, but it is a serious event. So this is the system of post-market evaluation and following up of vaccines once they are in the real world,” he told Today.

Prime Minister Scott Morrison said it was too early to say whether Australia would follow other countries adding warning labels to the AstraZeneca vaccine or giving people aged under 30 a different drug.

Spain and Italy are limiting AstraZeneca vaccine use to people aged over 60.

But Mr Morrison said the risk of blood clotting was far higher among women taking contraceptive pills, and even from common Paracetamol tablets.

He said there was nothing to suggest the national vaccine rollout would be affected at this stage, particularly given the early phases were focused on older Australians.

The federal government has asked its immunisation advisory group and the national medicine regulator to review the recommendations.

The findings will also be discussed among state and federal health ministers and at the next meeting of national cabinet on Friday, Minister for Health Greg Hunt confirmed.

“Our task here is very simple. It’s always been – this is what’s kept Australia safe – to follow and seek the medical advice and to put safety above all else, and I want to thank all those Australians who have come forward at part of the testing and vaccination program,” Mr Hunt said.

Federal Opposition leader Anthony Albanese said the advice on AstraZeneca highlighted the danger in Australia failing to secure vaccine deals with other suppliers.

Mr Albanese said the government had a full year to prepare for the vaccine rollout.

“Scott Morrison’s always out there happy to blow his trumpet about how everything is going. Australians are worried. Australians deserve better than a ‘she’ll be right mate’ approach.”

“We need to get more of other types of COVID vaccines so we can offer a choice just like the UK are doing for young people,” he said.