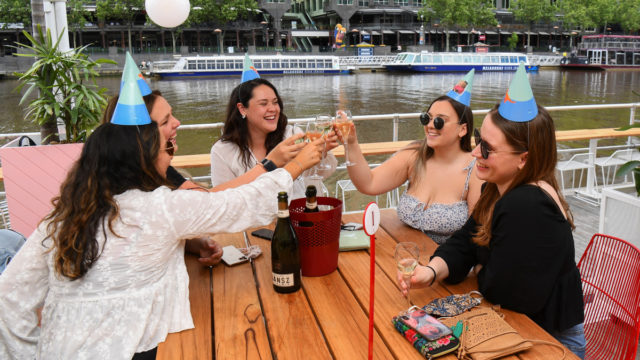 Victoria had four more COVID cases on Friday, as Premier Daniel Andrews put businesses and customers on notice ahead of Melbourne’s first weekend in months with open pubs, restaurants and cafes.

All of Victoria’s cases this week – after two days early in the week with no new infections – have been linked to known outbreaks and in people who are already in quarantine.

It is not yet known if that is also true for Friday’s infections. Mr Andrews will give more details at a briefing later in the day.

“If you do not do the right thing in your shop, in your setting, in choices that you make, whether you be a customer, a worker or a business owner, then you are putting everyone at risk,” he said.

On-the-spot fines of $1652 for individuals and $9913 for businesses can be meted out for COVID-19 restriction breaches.

It comes as a Melbourne childcare centre was closed and up to 100 people forced into self-isolation after a girl connected to a cluster in Melbourne’s northern suburbs tested positive to COVID-19.

The young girl was among three new cases in Victoria on Thursday. The other infections are under investigation and might be removed from the state’s tally.

Mr Andrews confirmed one of the two cases tested positive for the virus in August, while the other was a close contact of a positive case that same month.

An expert review panel was due to meet on Thursday to review the two infections.

There were no deaths on Friday, with the state virus toll remaining at 819 and the national figure at 907.

The post Four more COVID cases in Vic as first weekend of freedom looms appeared first on The New Daily.

‘The slogan on the kit was a provocation’: Russian fan supports Ukraine at Euro 2020 in St. Petersburg (VIDEO)

KD, Giannis or Harden: Which NBA star has most on line in Game 7?

Is this Little League? Rundown blunders abound this week in baseball

Owner: Jets Can Be ‘Special’ Under GM, Robert Saleh