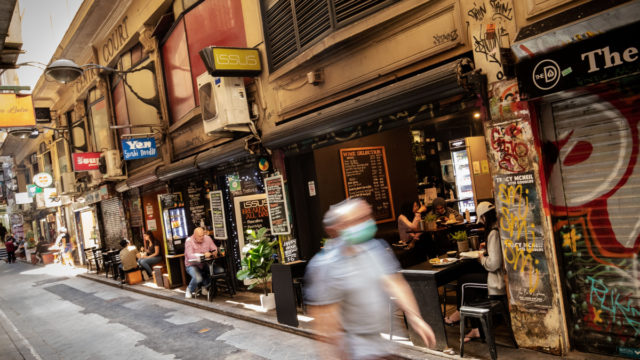 Victoria has reported three more COVID cases as Melburnians get to grip with the city’s new virus rules.

The cases confirmed on Thursday come after two infections on Wednesday.

Both of those were in people linked to an outbreak in Melbourne’s north who were already in isolation when they were diagnosed. Premier Daniel Andrews said Wednesday’s cases posed no public health risk.

He will give more details about the latest cases in a briefing later on Thursday.

Melbourne has a 14-day average of just 2.4 new infections and the number of mystery cases has risen by one to four. Regional Victoria has had no cases in the past two weeks.

Elsewhere, Victoria’s oft-critiqued contact tracing regime will be put under the spotlight as the state seeks to remain open after its marathon COVID-19 lockdown.

Medical experts have raised concerns over the state’s contact tracing system for months, with opposition health spokeswoman Georgie Crozier saying it was responsible for widespread community transmission during the second wave.

On Wednesday, the state upper house agreed to a motion, put forward by the opposition, to establish a parliamentary inquiry into the system.

The inquiry will hand an initial report to the Legislative Council by November 30, with a final report due by December 14.

It will be led by Reason Party leader Fiona Patten, who said contact tracing needed to be “at the top of its game” to give the public and businesses confidence “that as we open up, we will stay open”.

Victoria’s chief health officer Brett Sutton has said the state had the best contact tracing system in the country, noting it was forged in the devastating second wave of the virus.

“We’ve had to step up with really significant requirements,” he said.

“I think this set-up we’ve got now could do things at scale if required.”

There were no more fatalities to report on Thursday, following two added to the Victorian toll on Wednesday.

They were both aged-care residents who died some weeks ago. They took the state’s virus toll to 819 and the national figure to 907.

Tuesday’s Melbourne Cup will be run without crowds on course, but an estimated 25,000 spectators a day could be allowed at the MCG for the Boxing Day Test.

Hundreds of complaints about false statements during 2019 campaign investigated

Mixed messaging during a pandemic: what’s the impact?