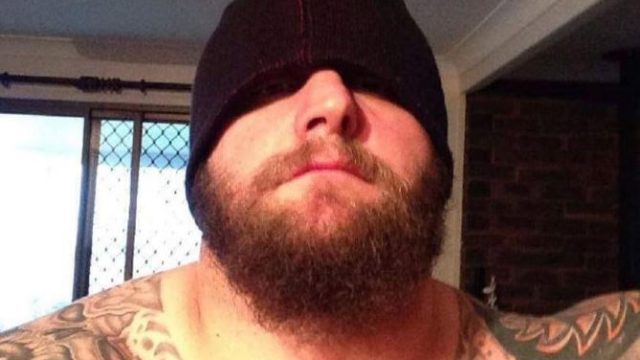 An inquest into the death of Toowoomba policeman Brett Forte heard his killer was “shocked” to learn the officer’s death.

Senior Constable Forte died after Ricky Maddison fired two full magazines at police cars during a pursuit from Toowoomba to the Lockyer Valley in May 2017.

Maddison was later shot by police after at least 85 attempts to have him surrender during a 20-hour siege.

Coroner Terry Ryan is investigating the circumstances of both deaths.

He told the court that after Senior Constable Forte’s death, Maddison was walking around the property discharging a gun.

He said when police negotiators told Maddison of Senior Constable Forte’s death, he was “surprised”.

“And then there was a long pause,” Detective Senior Sergeant Buxton said.

Maddison asked “what was his name?” and “where is he from?”.

“His initial response was one of shock.

“He had not seemed to consider that is what the outcome could have been.”

Maddison made ‘outlandish requests’ for visitors

The inquest heard Maddison had not made the connection that Senior Constable Forte had answered his phone call to police earlier that day.

Detective Senior Sergeant Buxton said Maddison had been talking in a “threatening way” regarding weapons and ammunition he had in his possession and spoke generally of domestic violence charges against him.

The inquest heard he made “outlandish requests” for certain people to be brought to the stronghold, including his alleged domestic violence victim.

After several hours, at 1:00am, police believed Maddison started to become more paranoid and was “becoming fatigued”.

Once daylight broke, police disabled Maddison’s vehicle with a robot device and the court heard he was “very agitated about that”.

The inquest heard Maddison emerged from the back door of the shed and discharged a fully automatic weapon towards the Special Emergency Response Team (SERT) vehicles.

The operators believed they were in a life-or-death situation and fired one round, which hit Maddison in the shoulder.

The court heard armored vehicles began moving forward and Maddison got up and ran towards police.

He was shot by SERT officers in the chest from 75 metres and was declared dead at 11:16am, ending the 20-hour ordeal.

Maddison had more than 1,000 rounds of ammunition

A letter was found in Maddison’s glove box after an extensive search of the property.

He said the note appeared to be written before the death of Senior Constable Forte.

The inquest heard six firearms, some illegally modified, and an antique pistol were also found.

Detective Senior Sergeant Buxton said the modifications to one firearm “essentially make it a fully automatic weapon” with a 300 to 400-metre range.

Investigators concluded more than 1,000 rounds of ammunition were available to Maddison during the siege.

Drugs and chemicals were also found at the property.

Brett Forte’s wife Susan provided further evidence to the inquest in the form of a written statement today, after an application by lawyers representing several police officers.

The inquest resumes on Monday and is expected to run all week.

Ebola ‘defeated’ after 40-year-fight against a ‘terrifying and deadly disease,’ professor who discovered virus declares