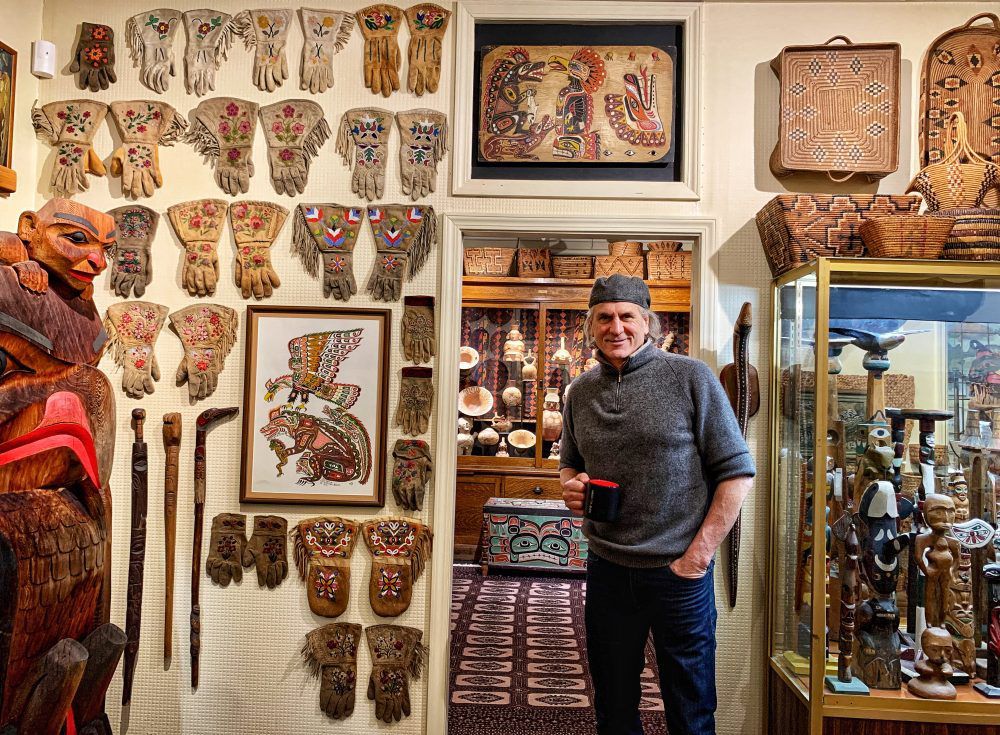 The walls, halls, rooms and cabinets of

So just how many things are on display in Jim Shockey’s unsung museum on Vancouver Island?

“I wouldn’t even have a clue,” he admits. “I can tell you there’s 52 years worth of experience collecting them.” 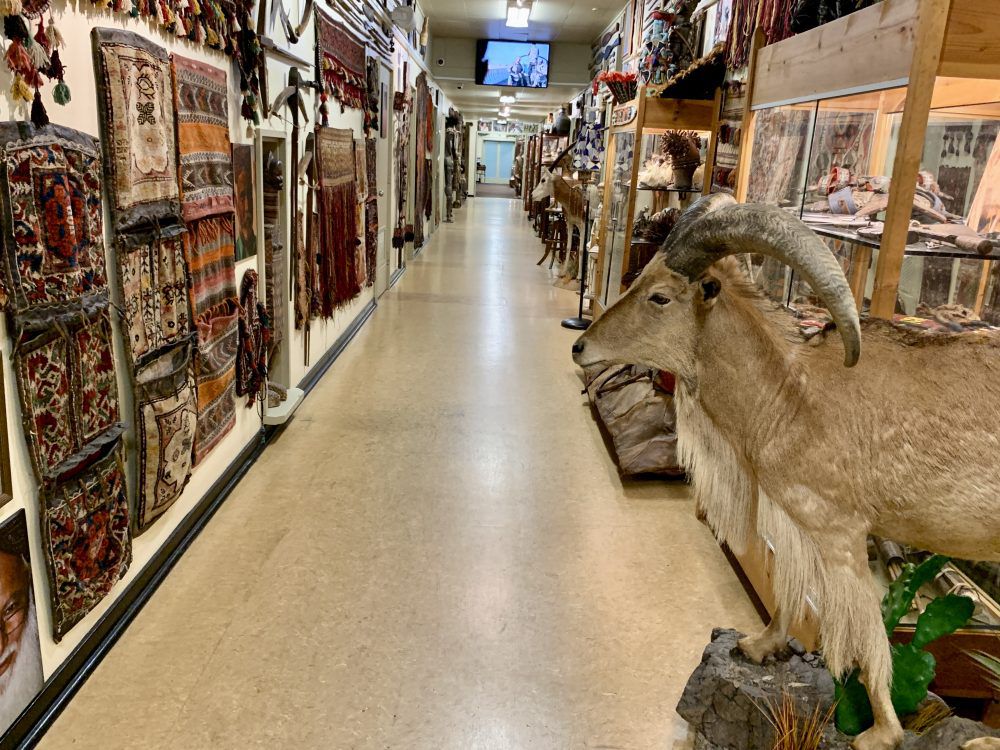 The popular outdoor writer, wildlife photographer, television star and hunter/naturalist has been an avid collector since he was 10 years old and took a shine to seashells and fishing paraphernalia. After decades of global adventures, he quietly put his private collection on display in June 2018 in an unusual museum on Vancouver Island that celebrates natural history, cultural arts and conservation.

“We opened but we didn’t tell anybody we were open,” says Shockey with a satisfied grin when I catch him on a rare day at home. Now there’s one highway billboard to capture motorists driving north from Victoria, but other than that, word-of-mouth referrals, social media posts and

The 17,000-square-foot museum is in the village of Maple Bay, near Duncan and between Victoria and Nanaimo. It was once the elementary school where 62-year-old Shockey sent his two kids, who are now 32 and 34. 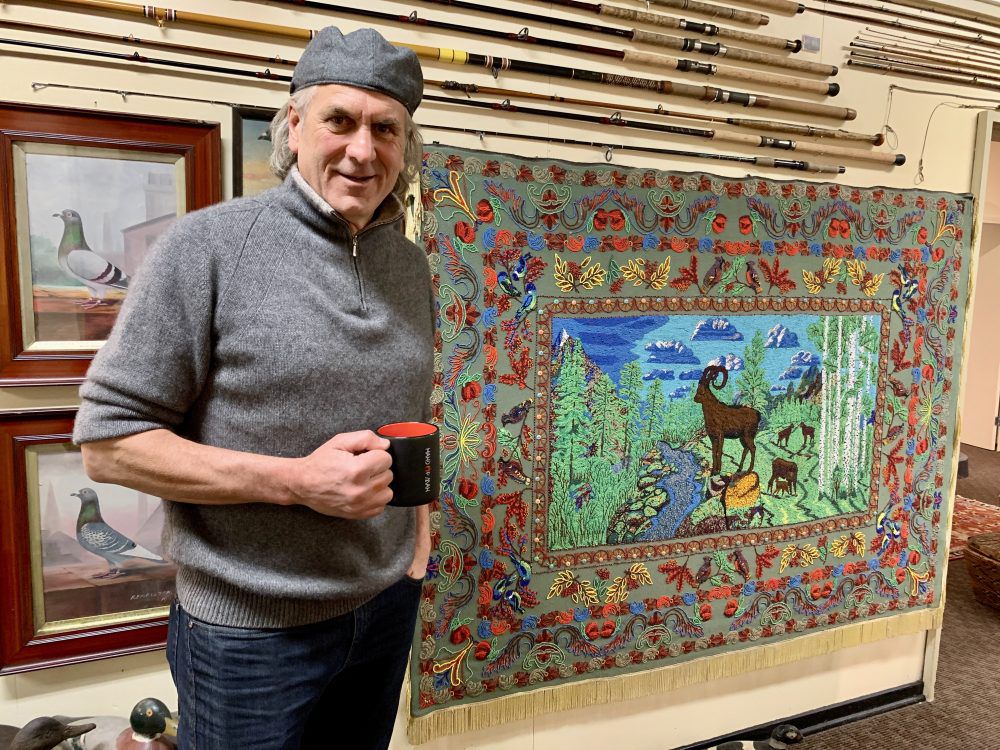 Shockey started life in a trailer park in Saskatchewan and went on to become a university swimming champ, professional water polo player, picker (someone who scours the world for antiques and collectibles) and ethnocentric art dealer before embracing outdoor writing, hunting, outfitting and television. His shows include

He prefers naturalist to hunter and says he has hunted for meat for family and friends, and for the animals that are preserved in this museum collection. “You can’t go buy these things,” he stresses. 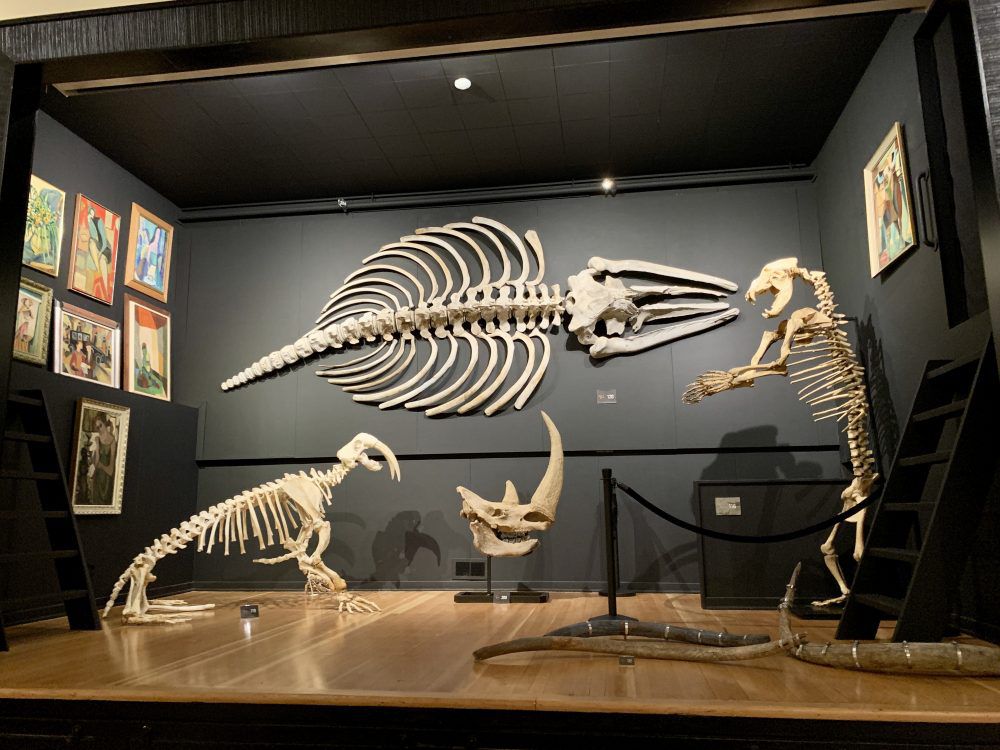 When asked to succinctly define himself, things get more complicated. “It’s a very difficult question to answer that I’ve never found a proper answer to.” All Shockey knows is that global adventures kept him on the road for up to 306 days of the year for more than 25 years, and that he personally collected everything that’s in Hand of Man.

“At 10 years of age, I knew that I would have a museum some day and I knew what it would look like. It was a matter of spending the rest of the next half a century plus locating the pieces that I’d love to have in the museum. I guess you could call me a hoarder but I don’t want it for me. I have no desire to have the things in a little room and look at them. I had the adventure of the last half century locating everything and gathering it up. It’s for everybody.” 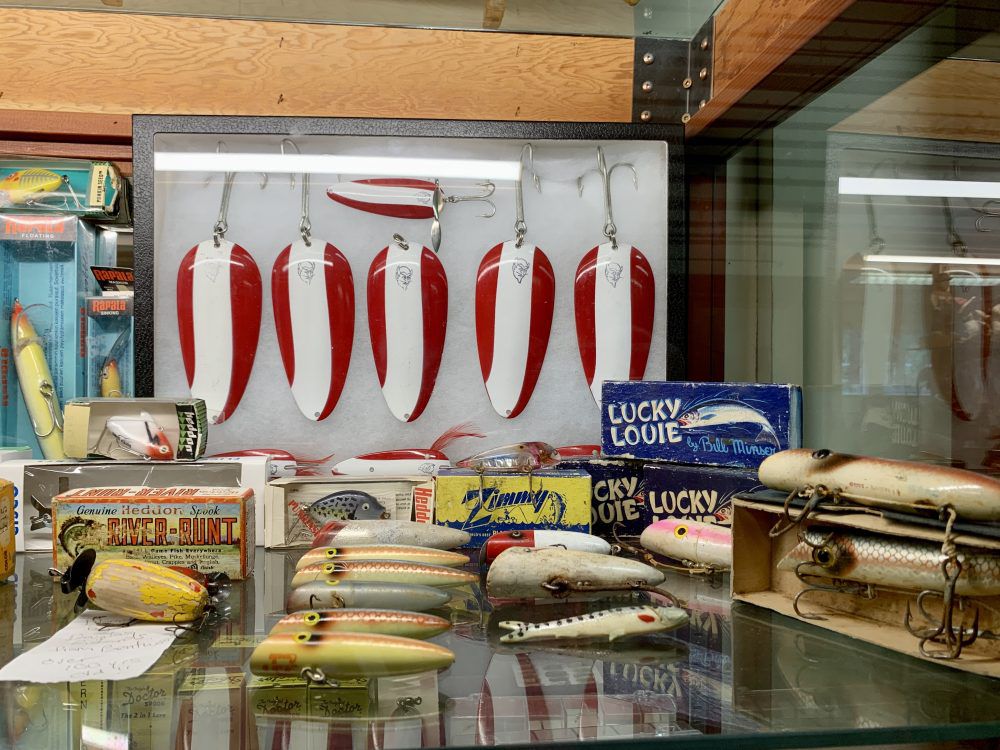 The museum’s name — Hand of Man — is a nod to the fact that almost everything in it was “hand-made, touched by man or caused by man, even the taxidermy” in a world that has become “so automated, so heartless, so soulless.” And by “man,” Shockey acknowledges that his soulmate/wife Louise says it’s politically incorrect and he of course means both genders.

He goes on to detail how we’ve “molded this planet to our use” so that 7.5-billion people can live on it and how those changes have been at the expense of wildlife. “I don’t judge it. I simply go around the world and look at the situation with the wildlife and we document it and we do television shows.” 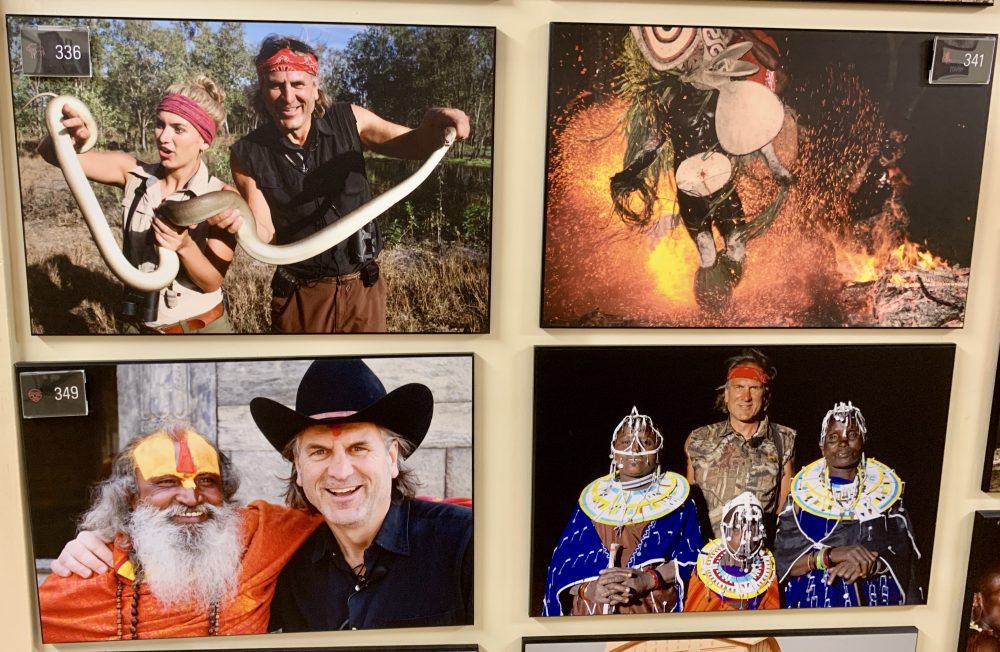 The self-sustaining museum is open 365 days a year and it’s free to take a self-guided tour, although donations are welcome and there’s a gift shop. There is virtually no distracting signage but you can borrow an iPad and read up on 200-plus items. Some info nuggets include video clips.

Mostly, the museum pieces speak for themselves — or possibly speak to Shockey’s “OCD on display.” There’s one world map tucked into a corner with pins showing where Shockey has been, and one discreet wall filled with photos of the people he has met and wildlife adventures he has had. But this museum is not about him — “it’s a way of ordering a jumble.” 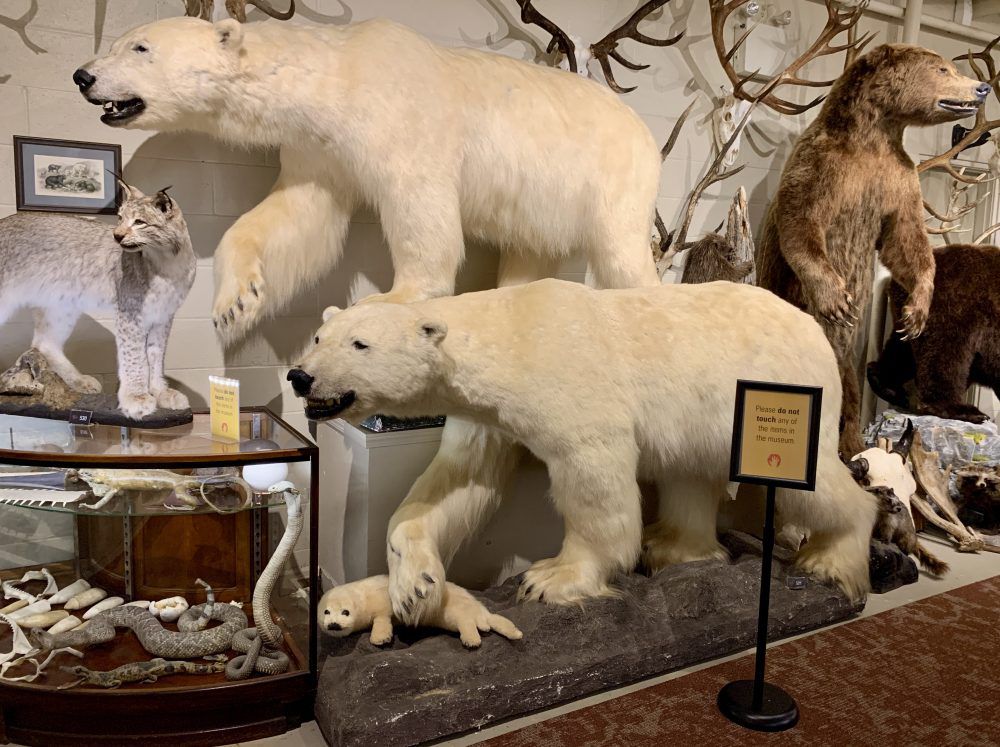 You’re asked not to touch anything, except one area with a variety of animal pelts. Only a few things — like a guitar collection — are roped off and you can photograph in all but two rooms. Photographs are allowed in a room full taxidermied animals that’s filled with things like polar bears, grizzly bears, seals and musk-ox. But they’re not allowed in two other rooms that focus on big game and other global creatures like a bat-eared fox that lives on termites. Shockey doesn’t want these rooms taken out of context.

“I was just saying this is pretty much the coolest museum we’ve ever been to,” says a couple from Leduc, Alberta.

Shockey encourages me to eyeball the guest book, where people seem to be mainly from British Columbia — with a smattering of other Canadians — and write things like “left me speechless,” “very educational” and “thanks for doing something like this.” 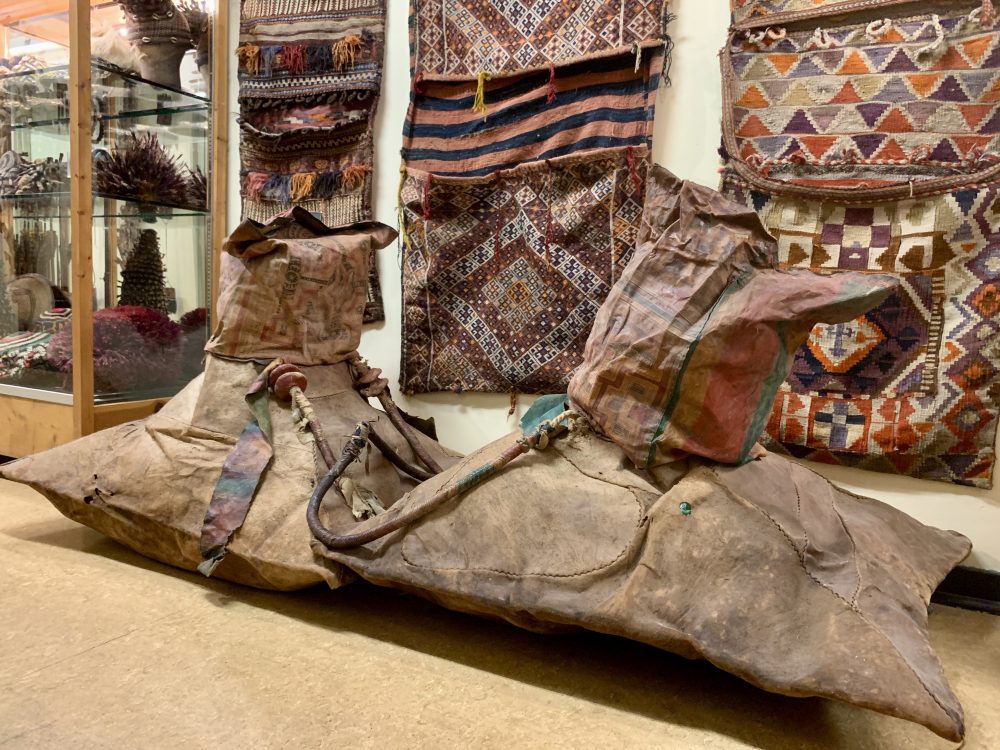 I walk around the museum twice, first with Shockey and then with an iPad as Calm Radio plays his favourite Folk Today station.

Shockey proudly details everything from the smallest arrowhead and intricate Hutterite textiles to camel bags made by the semi-nomadic Tuareg people in Africa’s Atlas Mountains and the Dardevle fishing lure collection he couldn’t afford as a kid. There are puffer fish, devotional handkerchiefs, beaded leather gloves made by First Nation artists, vintage snowshoes and rare, first-edition, exploration books. 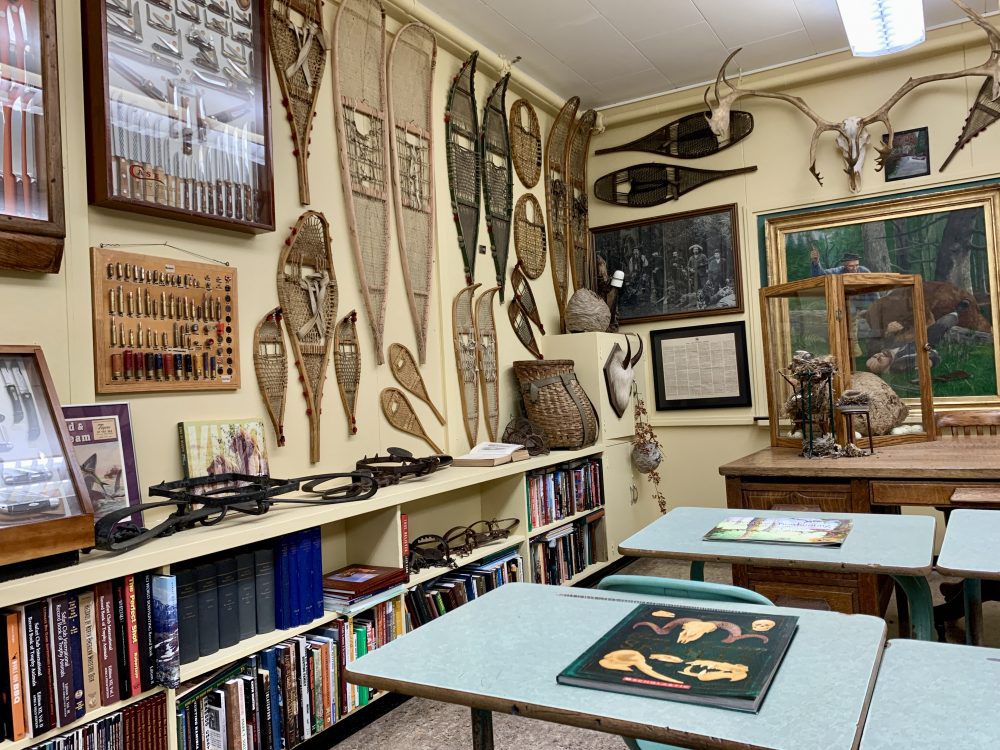 Probably the most spectacular room is the former gym. There are mid-century modern paintings on the stage with the equally stunning skeletons of a cave bear, woolly rhino, Atlantic walrus and grey whale. On the other side of the room, there’s a woolly mammoth skeleton from Alaska flanked by multiple moose antlers.

“Why so many antlers?” says Shockey. “You have to watch the videos.” That enough to send me to the gift shop for a four-pack of

DVDs. The Outdoor Channel series promises to take me to places like the Arctic Circle, Papua New Guinea, Paraguay, Russia and the Yukon, and I hope to see spot museum artifacts in the episodes. 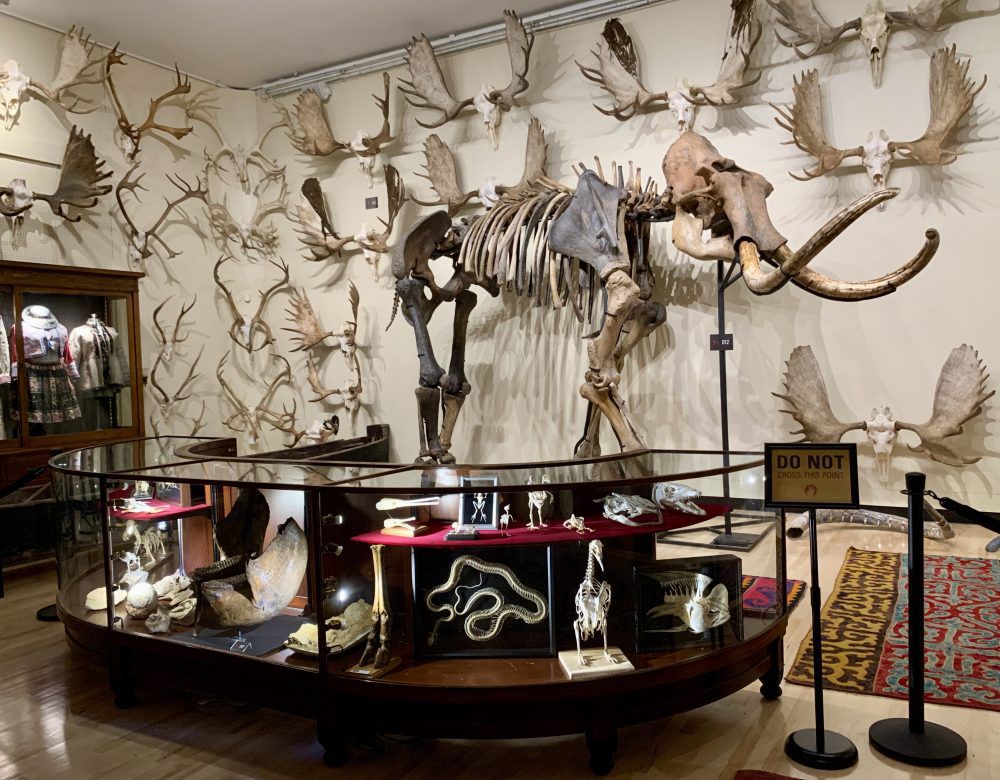 These days, Shockey does a lot of speaking engagements and divides his time between Maple Bay and North Carolina, where he has family and golfs. He has seen pretty much everything he wants to see and now must decide whether “to stop being a peregrinator” (“one who travels about”), especially since he has already created and filled his dream museum.

That doesn’t mean he’s slowing down though. “I just live as big as I can and as much as I can. You get one life so I just figure I can rest for eternity later on.” 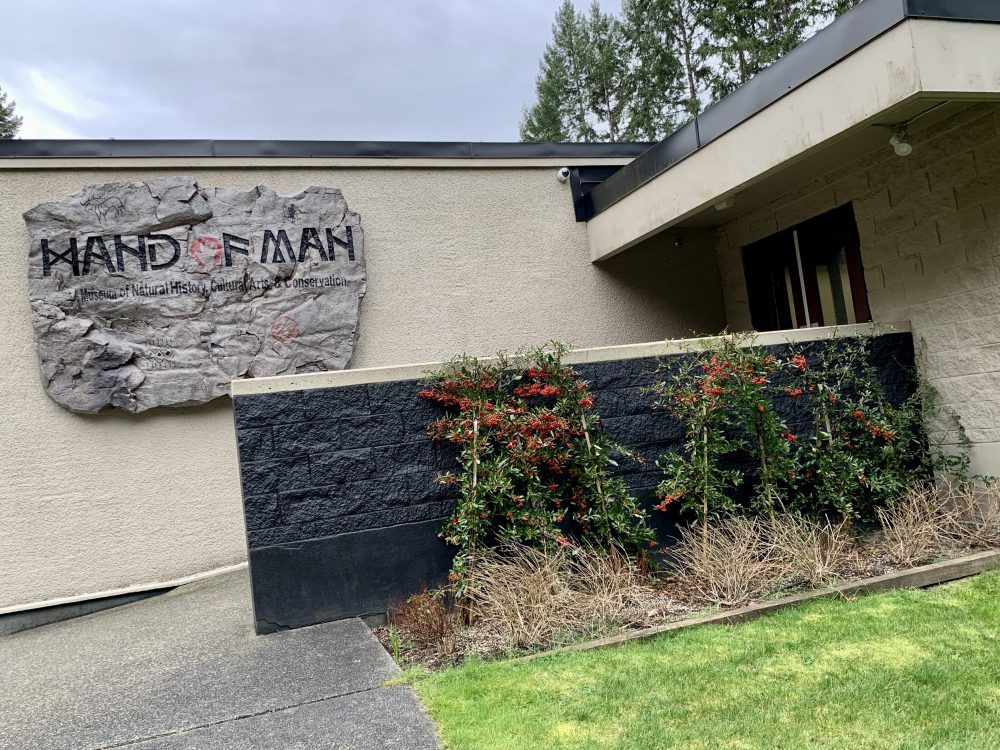 Hand of Man is in Maple Bay, a village in the North Cowichan municipality. It’s about 55 kilometres south of Nanaimo or 67 kilometres north of Victoria. For this trip, I stayed in downtown Nanaimo at the

for lunch (and Nanaimo bars), and the

for dinner. When in Victoria, I love the

NBA Draft Combine notebook: Whose stock is on the rise following first day of scrimmages?

Nick Saban, Jimbo Fisher both miss the mark as they make their feud personal

RealGM Radio: Ben Golliver On The Conference Finals (May 2022)