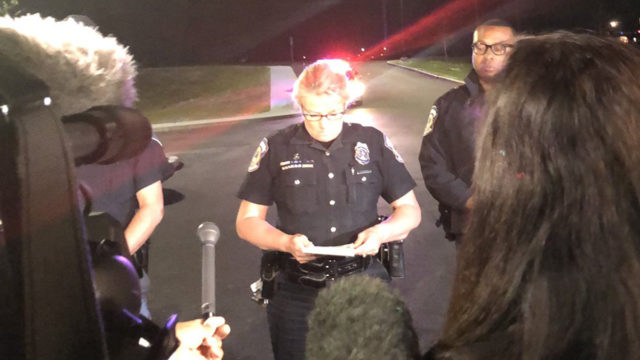 A mass shooting has been reported at a FedEx parcel delivery service base in Indianapolis.

The Indianapolis Star reports police issued a news release about 11.30pm on Thursday (local time), saying there were multiple victims at the facility near the airport.

It is unclear how many people have been shot, but Indianapolis Metropolitan Police Department Officer Genae Cook said during a media briefing just after midnight that multiple victims had been transported to various hospitals in the area.

Police said the alleged shooter “has taken his own life.”

A witness who said he works at the base told WISH-TV that he saw a man with a gun after hearing several gunshots.

“I saw a man with a submachine gun of some sort, an automatic rifle, and he was firing in the open,” Jeremiah Miller said.

Another witness told local TV network WTHR that he heard gunshots while working inside the building – and looked up to see the gunman. He said he ducked after hearing several more shots.

The witness then ran out of the building, telling the network he saw one person on the ground as he did so.

A local journalist spoke to man who said his niece was in her four-wheel-drive at a service station near the FedEx base when a gunman fired. She was shot in the shoulder, but is expected to recover.

Live video from news outlets at the scene showed crime scene tape in the parking lot outside the facility.

“We are aware of the tragic shooting at our FedEx Ground facility near the Indianapolis airport. Safety is our top priority, and our thoughts are with all those who are affected,” FedEx said.

“We are working to gather more information and are cooperating with investigating authorities.”

Indianapolis State Police Sergeant John Perrine said in a tweet that police planned to make a statement to news outlets at a nearby hotel.

In recent weeks, there have been numerous mass shootings across the US, including at a cabinet maker’s warehouse in Bryan, Texas, at Atlanta massage businesses and the Colorado grocery shop shooting in March.

Together, they have killed nearly 300 people and injured more than 500.

After two deadly shootings within hours of each other last Thursday, President Joe Biden unveiled six executive orders to try to deal with the “epidemic” of gun violence in the US.

“This is an epidemic, for God’s sake. And it has to stop.”

The post Multiple victims suspected in yet another mass shooting in US appeared first on The New Daily.