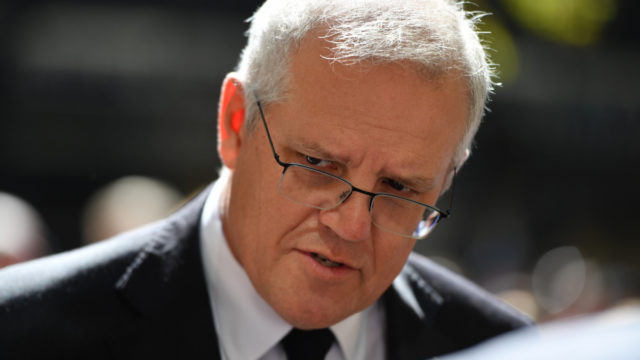 Prime Minister Scott Morrison has asked the national cabinet to hold two meetings a week to try to get the nation’s troubled vaccine rollout back on track.

With a population already fatigued by missed or abandoned rollout targets, and concerns about vaccine hesitancy due to rare blood clots linked to the AstraZeneca shots, the federal government hopes to swiftly restore public faith in the plan.

National cabinet, which is made up of the Prime Minister and state and territory leaders, was formed at the start of the pandemic to tackle the unique problems it presented.

This year leaders have been meeting monthly, though senior federal government sources say they now want to return to a “war footing”.

He again blamed his government’s failure to hit targets so far on “patchy international vaccine supplies” and “changing medical advice”, arguing more co-operation is key to “making our vaccination program as good as it can be”.

“There are issues we are trying to deal with as a federal government,” Mr Morrison conceded, after facing days of criticism for refusing to say when all adult Australians will receive their first dose and what that means for reopening the international border.

“But amongst the states and territories, they are also tackling their own unique issues and working together we are all going to be in a better position to find the best solutions.

“National cabinet will convene on Monday, 19 April and will meet bi-weekly for the foreseeable future until we solve the problems and get the program back on track.”

The decision will not only allow for more discussion between leaders and health ministers, but also the potential for blame for any future failures to be more broadly shared around.

In recent weeks, state and federal ministers have been involved in tit-for-tat arguments about who is responsible for delays in getting vaccines into arms.

Relations between the federal government and some states hit a spectacular low a fortnight ago over a dispute about figures that outlined how many vaccine doses had been delivered to states, and how many had been distributed.

Suggestions from some federal ministers that states “pull their finger out” was met with open fury in both Labor and Coalition state and territory governments.

It made for a heated build-up ahead of last week’s national cabinet meeting, with days of discussion about the states’ various grievances with the vaccine rollout.

The Prime Minister has often cited his frustration with coverage of tension between the states and federal government before national cabinet meetings.

Moving to a bi-weekly format will give the states more opportunity to raise issues with the rollout, and perhaps generate less heat in the days ahead of meetings.

Australia warned to be prepared for more vaccine supply disruptions

Australia’s vaccine rollout was thrown into turmoil at an evening press conference last week, when Mr Morrison and the nation’s top medical officers declared the scheme would have to be reworked because of concerns about the AstraZeneca vaccine’s possible links to a rare blood clotting disorder.

The shot, which was the mainstay of Australia’s vaccination plans and the only vaccine that can currently be made in Australia, is no longer recommended for people under the age of 50.

On Tuesday, a West Australian woman in her 40s became the second person to have developed clots linked to the vaccine.

But the program had been behind schedule well before last week’s announcement, largely due to a stoush between big pharmaceutical companies and some European nations, which ultimately led the European Union to prevent exports of millions of vaccine vials to Australia.

“Australia needs to be prepared for the possibility of more disruption — it’s just the reality,” said Ramus Bech Hansen, the head of British company Airfinity, that advises nations on their vaccine portfolios.

“It’s going to be very difficult to get vaccines out of Europe in the short term.

“They want them for their own populations.

“The best chance is the United States, where the rollout is going remarkably fast.

“Globally, perhaps due to urgency, the worse a country is performing in terms of COVID-19 cases, the better they seem to be doing getting vaccines out to their populations.

“Fortunately Australia has a lot of vaccine options and almost no COVID cases.”

On Friday, the PM said his government had “secured” an additional 20 million doses of the Pfizer vaccine, taking Australia’s total number of doses of that jab to 40 million.

But the extra vials are not expected to arrive until the final three months of the year.

Trade Minister to use Europe trip to warn against ‘vaccine protectionism’

This week, the Trade Minister Dan Tehan will travel to Europe for a series of meetings that will include discussion about “vaccine protectionism”.

“I think it will be difficult to force countries to do anything,” he said, when asked about European nations blocking exports

“What I think we can do is encourage countries to really focus on increasing production, so that contracts can be honoured.”

One of his meetings will be with the new World Trade Organisation Director-General Ngozi Okonjo-Iweala, who has vowed to address global inequities in vaccine allocation and wants more attention paid to the developing world.

She has asked countries and pharmaceutical companies to consider firing up under-utilised manufacturing plants in Africa and Asia to boost supply, as well as the waiver of intellectual property rights for some COVID-19 jabs.

“The vaccine inequity is glaring,” Ms Okonjo-Iweala said this week.

“I’m a pragmatic person and what hurts me now is that people are dying from not having access to vaccines.”

The Morrison government has asked the EU and AstraZeneca to provide one million of its contracted doses from Europe, which it then plans to divert to Papua New Guinea.

But the federal Opposition is sceptical that will happen, and is worried Australia’s current shortage of vaccines could hurt the nation’s reputation and diplomacy efforts in the Pacific – particularly as other nations like China offer assistance.

“We are in this position because this government failed to set up additional manufacturing facilities, so that we could manufacture other vaccines, like the Pfizer vaccine.

“There is a race in the Pacific to be the partner of choice for many small nations.

“Assisting them now, in a time of crisis, will be something they remember for years to come.”

The post National cabinet to return to ‘war footing’ in effort to fix problem-plagued COVID vaccine rollout appeared first on The New Daily.