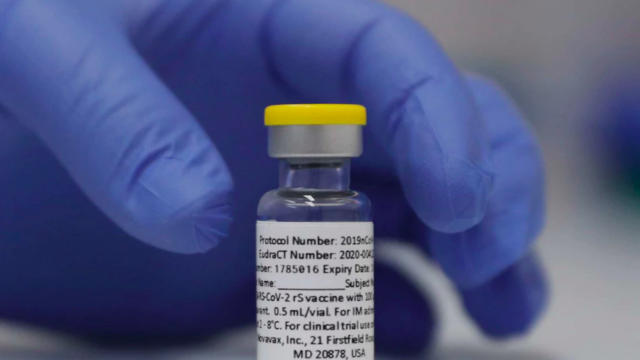 Novavax Inc has pushed back the timeline for hitting its production target of 150 million COVID-19 vaccine doses per month until the third quarter due to supply shortages, dealing another blow to the federal government’s rollout plans.

Australia has an agreement for 51 million doses of Novavax originally slated for “mid-2021”, at which point executives had said full-scale vaccine production could be achieved.

“We said during our earnings call that we expect all capacity to be online by around mid-year. We’re continuing to refine that timing as we get closer, which now leads us to think we’re online/at full capacity by Q3,” Novavax communications director Amy Speak said in an email.

“There are some supply shortages that come and go that have contributed to the revision in timing. These have included things like the bioreactor bags and filters.”

Novavax could receive UK regulatory authorisation for its vaccine as early as this month after releasing impressive UK trial data. There, it will be manufactured locally but in Australia it will need to be imported because of a lack of capable vaccine manufacturers.

However, the ABC understands Novavax has been in early-stage talks with Australia’s biopharmaceutical sector to explore options to outsource some of its supply locally.

The company told the ABC it would “continue to move forward as aggressively as possible to deliver a safe and effective vaccine to end the pandemic”.

“We already have an advance purchase agreement in place with Australia and we continue to work toward finalising our regulatory submissions,” the company said.

Chief Medical Officer Paul Kelly said the Therapeutic Goods Association did not have the “final components” of Novavax’s clinical trials yet.

“But when we do, the TGA, as it did with the other two vaccines we have been using in the last couple of months will absolutely expedite that matter and as soon as Novavax is ready to supply to Australia we will be going through those processes,” he said.

The Maryland-based company is one of several COVID-19 vaccine makers that have had to push back production timelines due to industry wide shortages of raw materials and difficulties getting plants up and running.

Reuters reported last month that Novavax had delayed a planned deal to ship at least 100 million doses of its two-shot vaccine to the European Union, in part because of supply challenges.

Data released in March from the UK trial showed the vaccine to be highly effective against the original strain of the novel coronavirus as well as the more contagious and deadly variant first discovered in Britain and now rampant in Europe and the United States.

The data also suggests the shot provides some protection against a highly concerning variant that emerged in South Africa, which some drugmakers have said may require a booster shot to address.

The post Novavax COVID-19 vaccine production set back due to supply shortages appeared first on The New Daily.