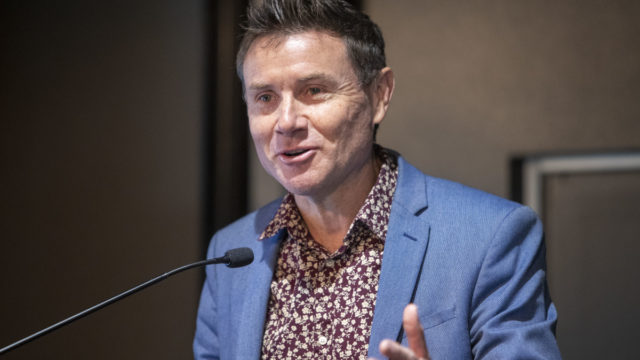 Queensland’s LNP opposition is taking embattled Liberal-National MP Andrew Laming at his word, despite reports he will again seek preselection for his federal seat.

“Andrew Laming has told the Prime Minister, he’s told the party, that he wasn’t contesting and we will take his word in that regard,” she said on Monday.

The Australian reported on Monday that Dr Laming hadn’t withdrawn his nomination for preselection and would face the LNP’s candidate vetting committee that day.

Dr Laming is under investigation by the electoral commission over more than 30 Facebook pages operated without political authorisation disclosures.

He has also been accused of – and has admitted to – harassing two female constituents and is now on leave to undergo empathy training at the request of Scott Morrison.

Earlier in April, Queensland Police confirmed no action would be taken over another accusation after a woman complained he took an inappropriate photograph of her while she was bending over.

“Investigators, having considered the interviews and all other information considered as part of the investigation, have determined there is no evidence to indicate a criminal offence,” police found.

Dr Laming, 54, intends to rejoin the federal Coalition party room upon his return from leave and will remain in parliament until the next election, before leaving politics.

Boxing world reacts to Oleksandr Usyk upset of Anthony Joshua: ‘He dominated him’