Ontario’s Chief Medical Officer of Health Dr. Kieran Moore has scheduled a news conference for Tuesday afternoon as COVID-19 cases have risen across the province over the holiday weekend. 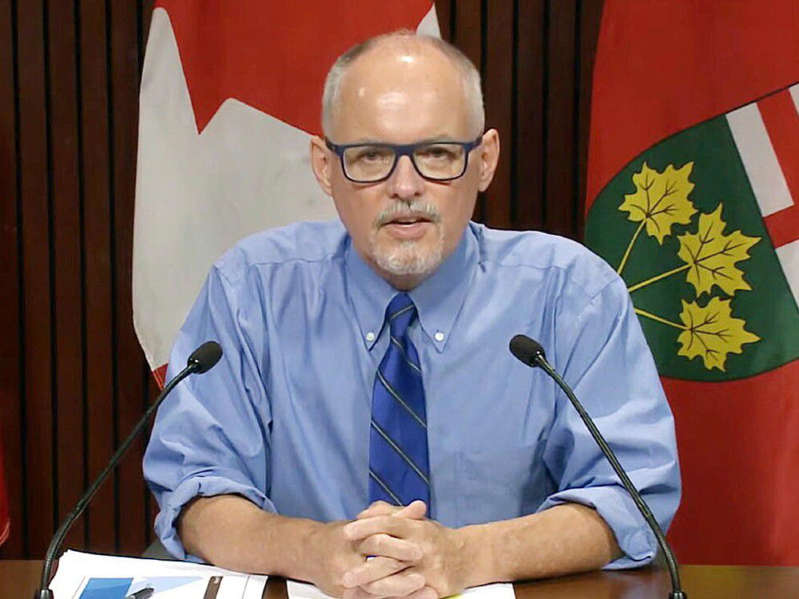 Moore will discuss case and contact management and testing, according to a media release. COVID-19 testing centres in many parts of the province, including Ottawa, cannot meet the demand.https://www.dianomi.com/smartads.epl?id=3533

In Ottawa, people who test positive for the virus are being asked to notify close contacts themselves because contact tracing is also backlogged.

Residents have been advised to isolate themselves for 10 days if they have any COVID-19 symptoms or test positive on a rapid antigen test. The usual advice is to confirm the rapid test result with a more sensitive PCR test available at assessment centres, but it’s difficult to find an appointment because of overwhelming demand.

Meanwhile, U.S. health authorities on Monday shortened the recommended isolation time for Americans with asymptomatic cases of COVID-19 to five days from 10.

The Centers for Disease Control and Prevention said that asymptomatic people with COVID-19 should follow their five-day isolation with five days of wearing a mask when around others.

The actual case count is believed to be far higher as testing centres have been overwhelmed by demand.

Meanwhile in Canada, with more than two million total COVID-19 cases recorded as of Boxing Day, there are mounting concerns over how provincial health systems will cope with an expected surge in cases after the holidays.

Canadian Federation of Nurses Unions President Linda Silas said her members are bracing themselves for the “big bump” usually seen two weeks after exposure to the virus. She added there are worries hospital could become overwhelmed with new cases as a result of holiday gatherings and the highly transmissible Omicron variant.

Quebec reported 8,231 cases, and Health Minister Christian Dube urged people to reduce contacts after hospitalizations climbed by more than 140 over a four-day period.

Dube tweeted that 320 people were admitted to hospital while 179 were released between Dec. 22 and 26. On Monday, Montreal’s executive committee renewed the local state of emergency that was declared on Dec. 21 for another five days.

Manitoba announced new public health restrictions on Monday after recording eight new COVID-19 related deaths and 2,154 cases over a three-day period. As of 12:01 a.m., indoor and outdoor gatherings are now capped at 50 per cent of the venue’s capacity or 250 people, whichever is fewer.

New restrictions are also now in effect in New Brunswick, where the province announced it would impose a 50 per cent capacity limit on restaurants, stores, bars, gyms and other establishments after officials reported 639 new cases of COVID-19 over a three-day period.

With files from the Canadian Press and Reuters