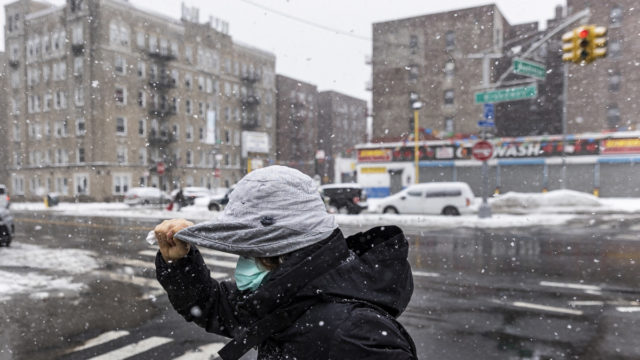 The mother of an 11-year-old boy who died after they lost electricity and heat in their Texas mobile home in last week’s freeze has filed a $US100 million ($A126 million) lawsuit against two power companies for gross negligence.

Maria Pineda said the Electric Reliability Council of Texas (ERCOT) and Entergy Corp were responsible for the death of her son Cristian.

He was found unresponsive on the morning of February 16 at home, where he shared a bed with his three-year-old brother.

The complaint filed on Saturday accused the defendants of ignoring a Federal Energy Regulatory Commission recommendation following a 2011 freeze to “winterise” the power grid, and said they were caught “wholly unprepared” when the grid failed last week.

Cristian froze to death “because grid wasn’t a priority, and the energy provider made decisions based on profits”, the complaint filed in the Jefferson County District Court said.

The family lives in Conroe, Texas, a Houston suburb.

ERCOT, a co-operative responsible for about 90 per cent of Texas’ electricity, said it would respond “accordingly” after reviewing the lawsuit.

Entergy declined to discuss the lawsuit but a spokesman said it was “deeply saddened by the loss of life”.

ERCOT began rolling blackouts on February 15, saying they were needed to avert a cascading, statewide outage.

Texas has an unusual, deregulated energy market that lets it avoid federal regulation but limits its ability to draw emergency power from other grids.

The post Texas mother sues power companies for $100m after son dies in freeze appeared first on The New Daily.