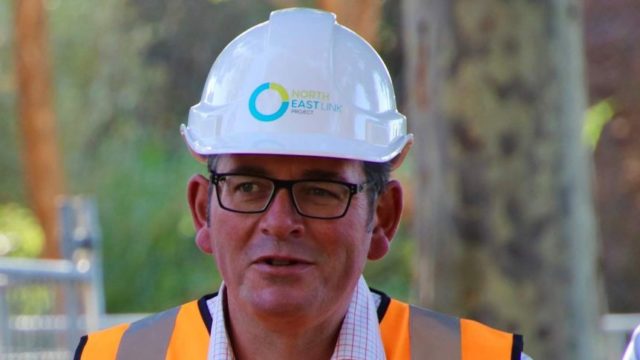 Victoria processed 17,270 test results on Monday. One person with COVID-19 remains in hospital, but they are not in intensive care.

Victoria has not received any international passengers for more than a week after “pausing” the intake indefinitely ahead of a snap five-day lockdown which began on Friday, February 12.

The lockdown lifted on Thursday, with tighter rules on gatherings and mask-wearing set to stay until this Friday.

The lockdown was prompted by fears the more infectious UK strain of the virus may be circulating in the community after an outbreak linked to the Holiday Inn Melbourne Airport quarantine hotel.

That outbreak now sits at 22 infections, with more than 3500 people deemed close contacts over the course of the past fortnight and instructed to quarantine.

The last of the close contacts will be released from quarantine on Friday, the day Mr Andrews is expected to announce a further lifting of restrictions.

“Whilst we’ll leave those announcements until Thursday or Friday, we are well placed, given we continue to see no additional cases and lots and lots of negative test results from that target cohort,” he said on Tuesday.

“So again, we thank them, because whilst the rest of us have been getting back to something close to normal, they’ve been at home isolating for all of us.”

The state is on its second day of the national Pfizer BioNTech COVID-19 vaccine rollout, with about 12,000 inoculations expected to be delivered this week.

There were 580 doses administered on Monday as part of the state-run effort to vaccinate frontline healthcare, quarantine and aged care workers, as well as other high-risk groups.

Aged care residents in Commonwealth-run homes have also received their first doses as part of the national rollout.

Anzac Day marches may go ahead

The state’s Veterans Minister has revealed the government has been working with RSL Victoria to organise COVID-safe events for Anzac Day.

Earlier this month, the large march through Melbourne’s CBD was cancelled for the second year in a row due to the pandemic.

RSL Victoria state president Robert Webster said at the time he had received advice that “we just can’t risk it”, especially with many veterans in vulnerable age groups.

But in a statement on social media, Veterans Minister Shaun Leane today said he had organised for major events and health department bureaucrats to work with RSL Victoria.

He said the events for people to honour veterans included “a potential march in Melbourne”.

Mr Andrews said the government was working closely with veterans’ groups to try to have an Anzac Day that was “as close to normal as possible”.

“It’s too early for me to say what exactly that will look like,” he said.